Welcome to WordPress. This is your first post. Edit or delete it, then start blogging!

Don’t tell me what to do, WordPress!

What’s up world? This is my first notebook entry on the ol’ WordPress engine. It took me long enough, but I finally decided I had better come up with some sort of blog or portfolio and brand myself a bit. Practice what you preach, right?  I decided to go with the WordPress Content Management System, just because I typically build Joomla, Perch, and static sites. So, I  decided to change things up a bit.  Savvy?

Out of the Box

It’s been years since I’ve actually set up a WordPress site; college days I think? There are a lot of things to like about WordPress. First off, it’s a fantastic blogging platform and the codex library is extremely well documented, which makes creating custom themes pretty nice. It’s also pretty convenient that it has a built-in, sophisticated comment system; probably one the better ones I’ve seen. The plugin library is also pretty impressive and the download integration is quite convenient too.

There are some things though that I haven’t figured out yet, or simply don’t get about WordPress. First off, why do I need to download a plugin to allow my menu items, or “Pages” to work as an external link? Am I missing something, or is this feature just not included out of the box? Also, the whole sidebar/widget concept just seems more difficult than it should to me. One thing I can’t understand is why each widget, by default, can’t select which page you’d like it to publish to. Instead, they all seem to display on all pages unless you hardcode an exception, or download another plugin. Maybe I’m just spoiled by Joomla’s module system.

Aside from a few minor frustrations, overall, I’m pretty happy with WordPress. Because after all, “there’s an app…er…pluggin for that.”

In addition to building on WordPress, I decided to give Twitter Bootstrap a shot, because responsive web design is all the rage these days. For those not familiar with the responsive concept: responsive design basically means that your website will shrink and re-organize itself based on the the users screen size. This more or less eliminates the need for a separate mobile site, which is awesome in my opinion.

Bootstrap has been an experience, but once I got past the initial intimidation factor, it has been pretty amazing. I’m currently building another site on it as we speak. So far no major hangups.

What’s up with this Design?

As for the design, I came up with this Pixel to Press brand idea a little while back. I really became quite attracted to these old school / retro logos that have been resurfacing lately. There’s something about this old look that just says hardwork and quality to me. So, I just sort of started sketching from there. I incorporated a cog as the base of the logo just because that’s sort of the role I play most of the time. A few vintage fonts and a grunge texture later, well, there you have it.

The pixel to press brand sort of translated into this website idea, but in a non-committal fashion. This site is more of a testing-ground for me, so I kind of wanted it to feel like a sketchbook.

Well, I guess that about covers it. Until the next post.

THANKS FOR STOPPING BY!

Subscribe and get 10% off your next shop purchase! You'll also receive very occasional stoke about new designs, shop items, and sales.

We hate spam. You're in good hands!

Something went wrong. Please check your entries and try again.
1
1
Your Cart 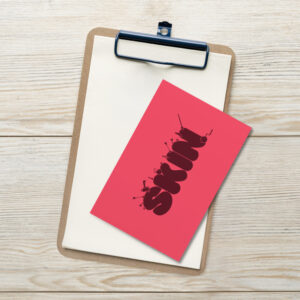