This is a special one. I had the opportunity to rebrand the Community Foundation of NCW (CFNCW). CFNCW is a philanthropic organization that helps individuals, families, businesses, and agencies support charitable causes throughout Chelan, Douglas, and Okanogan counties. I’ve admired them for the huge impact that they have on our region. It was pertinent that they have a brand kit that could work just as hard as they do.

This rebrand is a nod to the past and a trajectory into the future. CFNCW has a broad audience. Their guidance counsel and donors tend to be an older group, but the recipients of the benefits are often a younger generation. The brand needed to reimagine tradition and infuse some modern tones in order to effectively communicate to both parties. 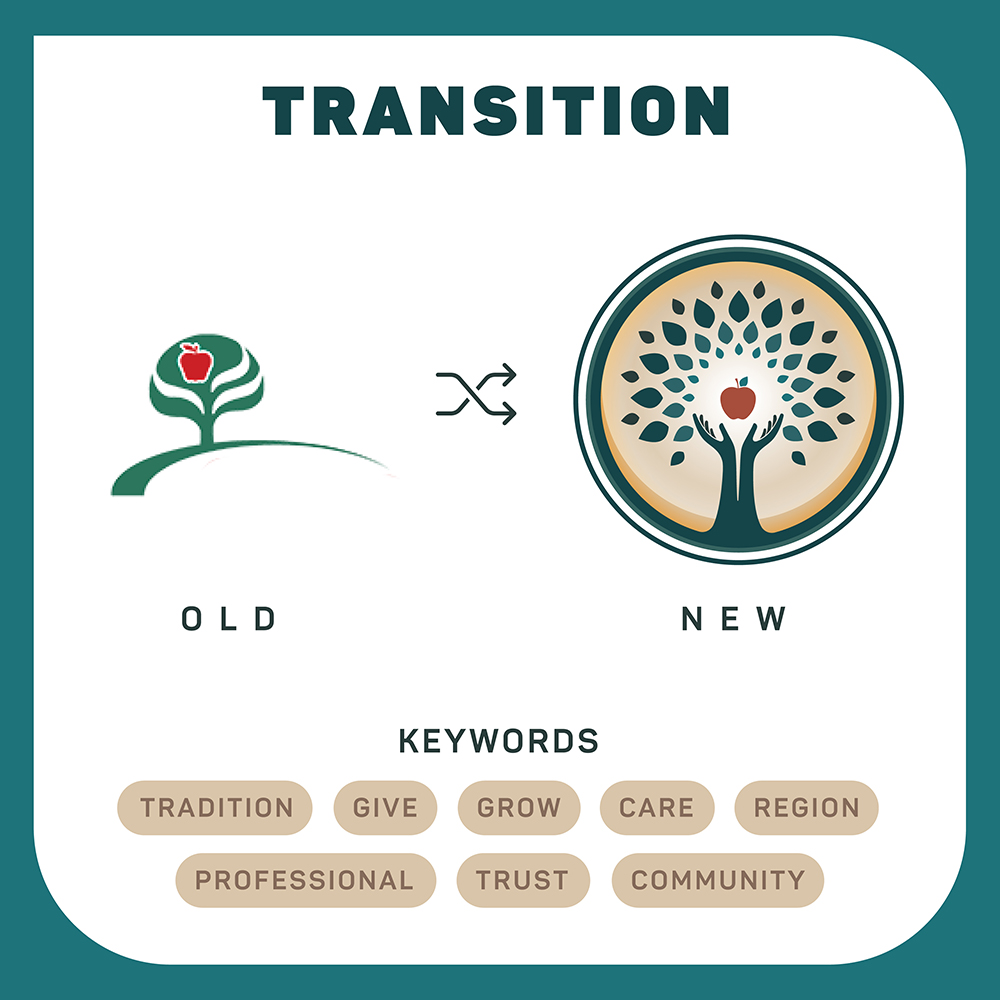 How do you visually show the act of giving and it’s benefits through a logo mark?

Over the course of several months, CFNCW staff and board members entertained over a dozen possible new logo options. After multiple consultations, it was decided that CFNCW needed to hold on to the apple tree concept. It’s a multi-faceted analogy for the donors who give, the gift, and the region they support. It’s the “fruit of our labor,” so to speak. Staff also came up with the new catchy motto, “Good Grows Here,” which appropriately put a bow on the whole theme.

Board members offered up different visuals to help tell the story. This sparked the first few rounds of a giving tree concept. Given the number of elements that were being tied together, we took a modern approach and tried to keep things simple. We landed on “giving hands” at the core of the tree, an apple as the “gift,” and separate leaves representing the many individuals who help make CFNCW possible.

The logo concept felt right and we pursued the chosen mark. But it wouldn’t become the sound logo that it is without a little deliberation. It turns out illustrating hands is not only a challenge, but it can also change the entire mood of the piece. The “giving hands” needed to be approachable and identifiable for anyone. After about 5 different hand concepts, we landed on a nonintrusive and modern illustration that felt right.

In today’s world, having one logo option isn’t enough. With the mix of print and digital spaces, you’re constantly presented with space and proximity that might pose a problem if you only have one logo option. So we took a responsive approach and created a variety of logo lockups that would be suitable for a variety of space requirements. 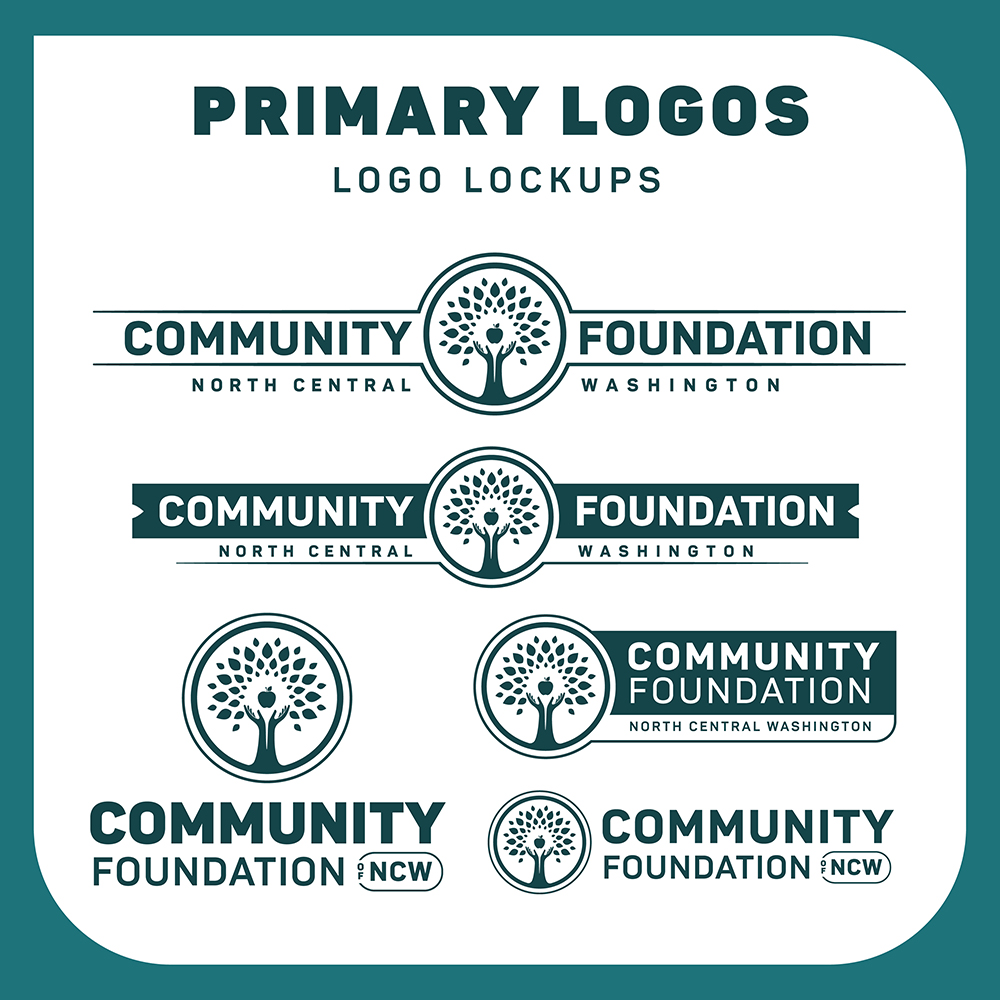 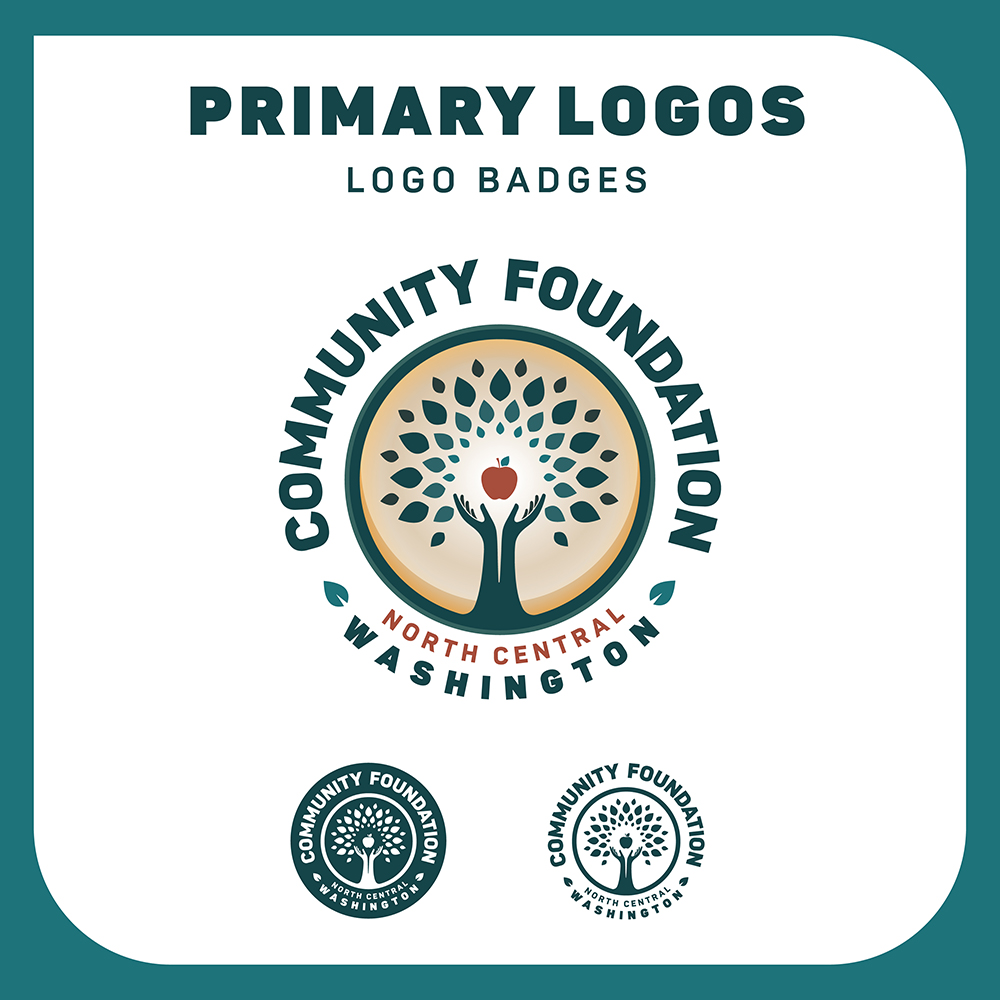 The CFNCW staff really didn’t like their original colors. Green and red made sense, but the options were just too stark. We entertained the idea of using different color palettes but ultimately went back to what they had going. Greens and reds made the most sense. It was traditional and gave a nod to the agricultural region. The color set just needed to have professional and modern tones. 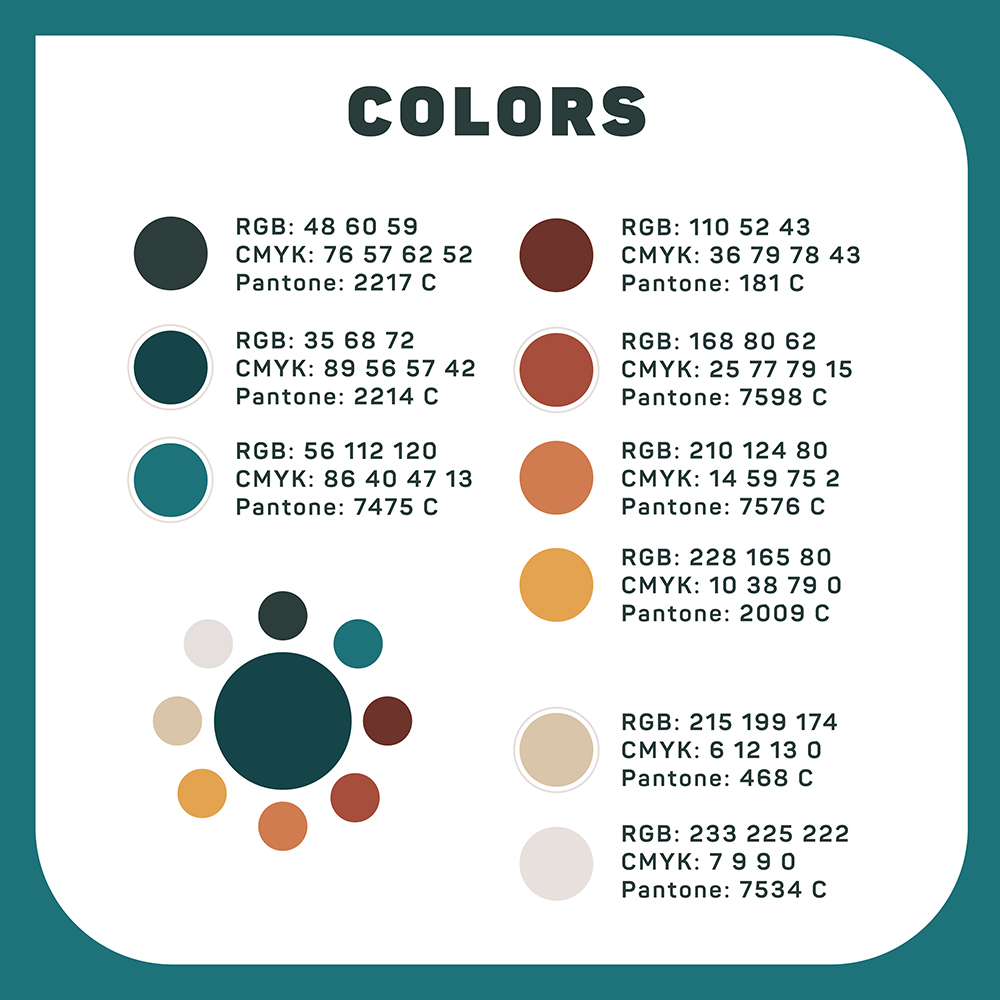 The CFNCW brand needed to be simple enough to be used internally and have enough plug-and-play elements so that staff could easily design collateral on their own. Brand assets included print templates, micro logos, human illustrations, and patterns. A style guide was included to help direct future development. 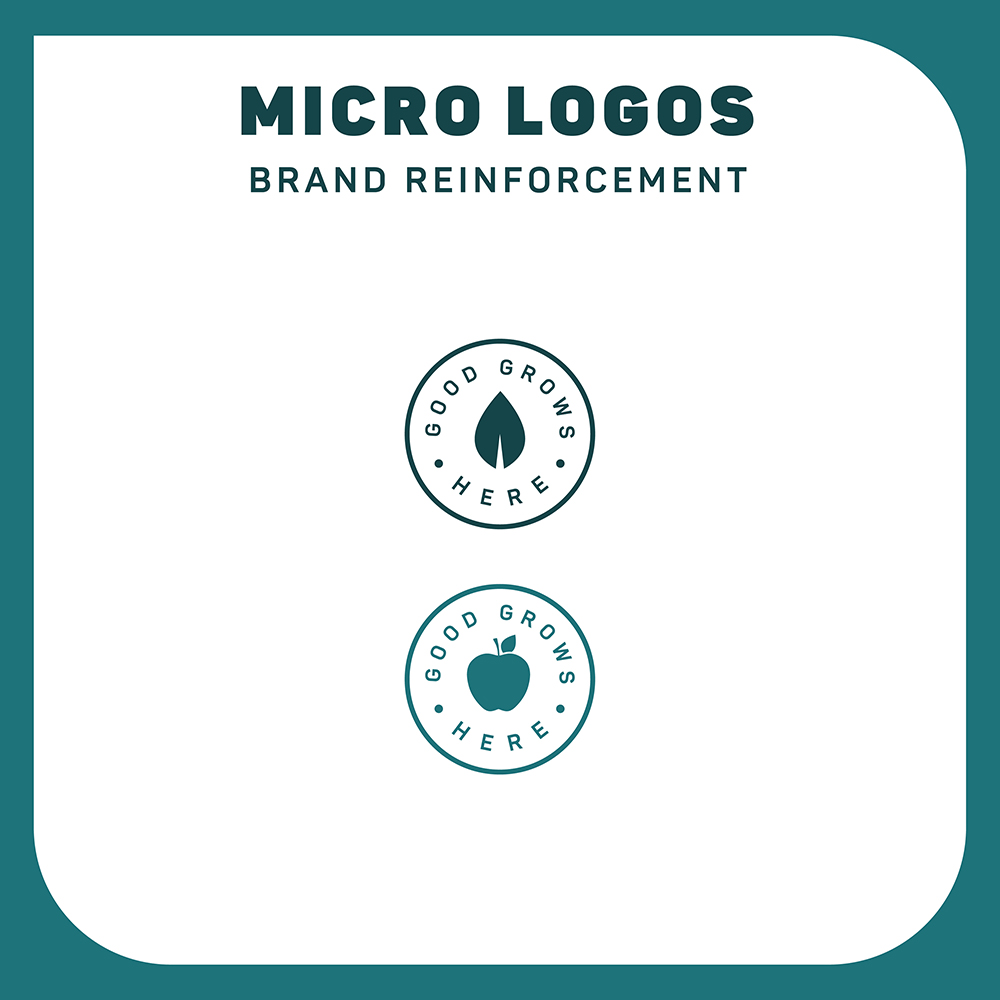 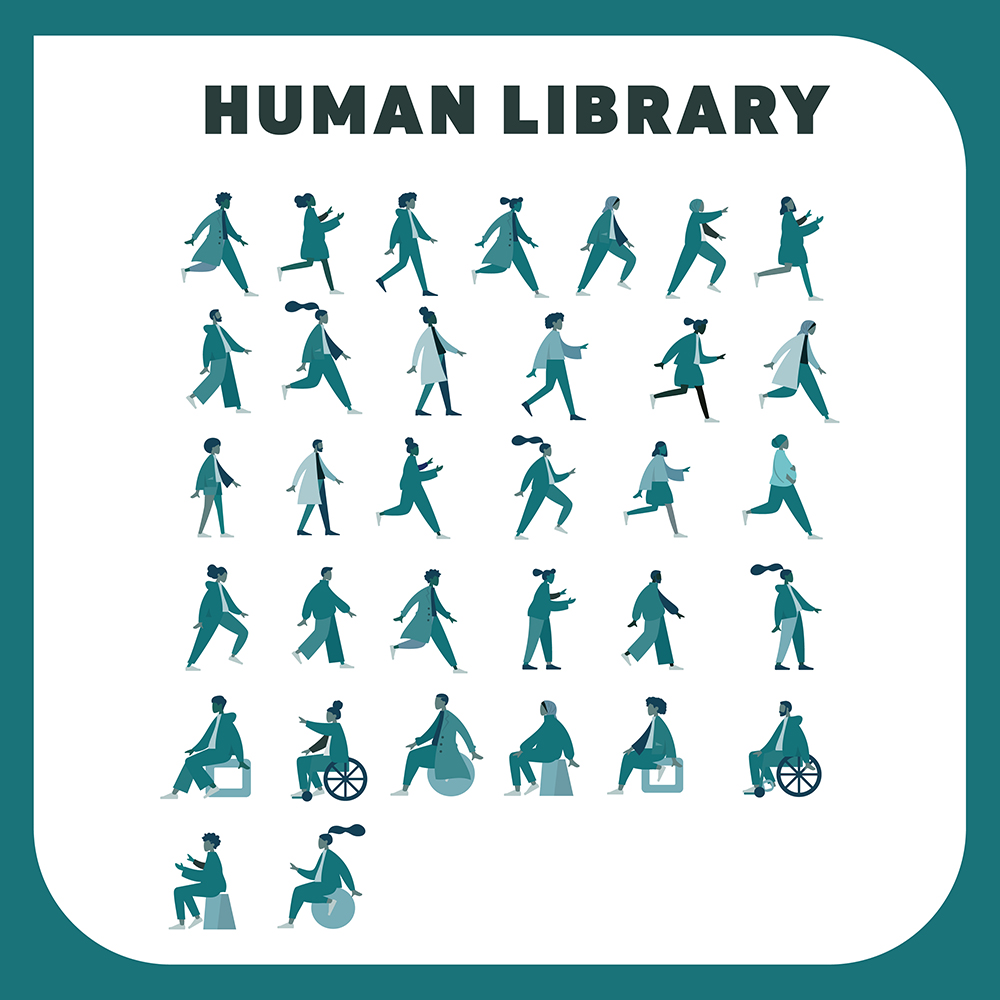 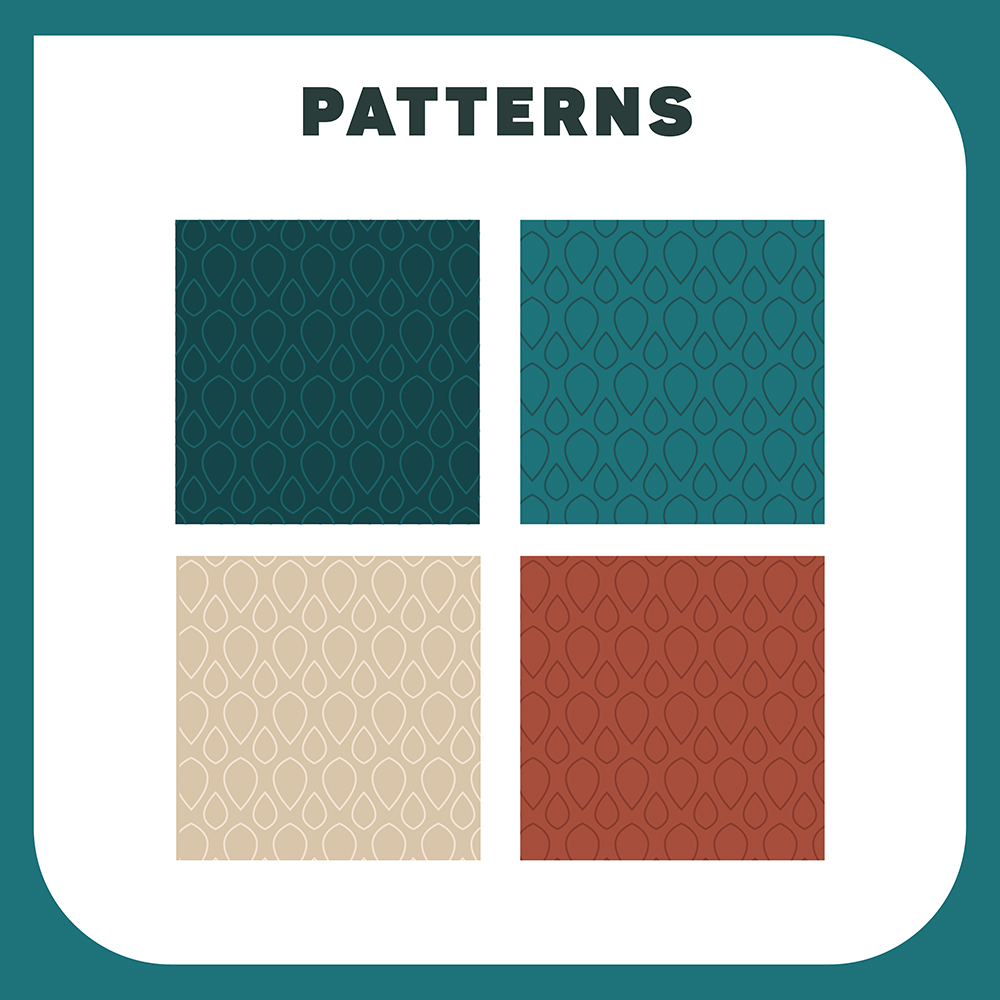 We kept the type a premium sans-serif font that had a variety of weights. Not only would this keep readability at the forefront, but the weight selection would allow for more freedom once the brand was handed over to the staff. 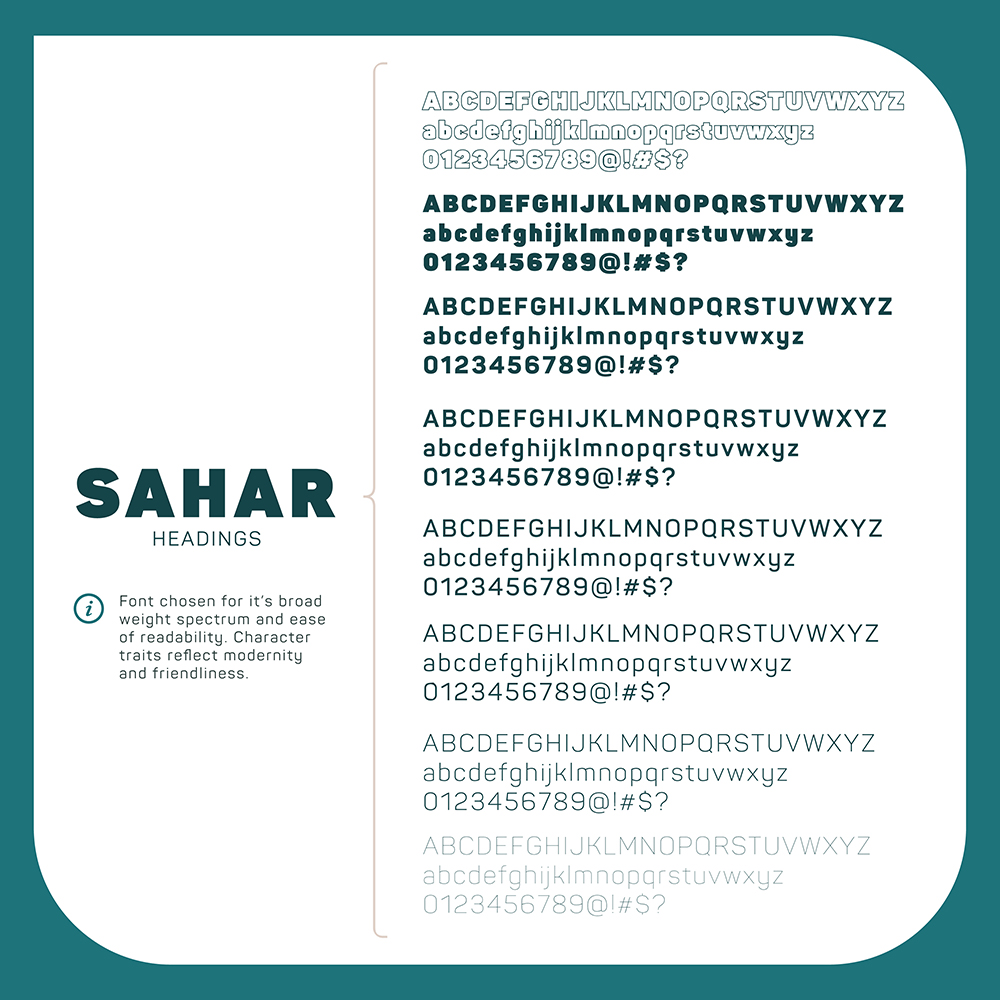 It was fun and challenging to work with a dynamic board of directors and the CFNCW staff. The final deliverables are months in the making and most seem happy with the results. Here’s a nice piece Rufus Woods published in the Wenatchee World: Community Foundation’s New Look Better Reflects It’s Powerful Impact.

Thanks for reading, see you on the next one…